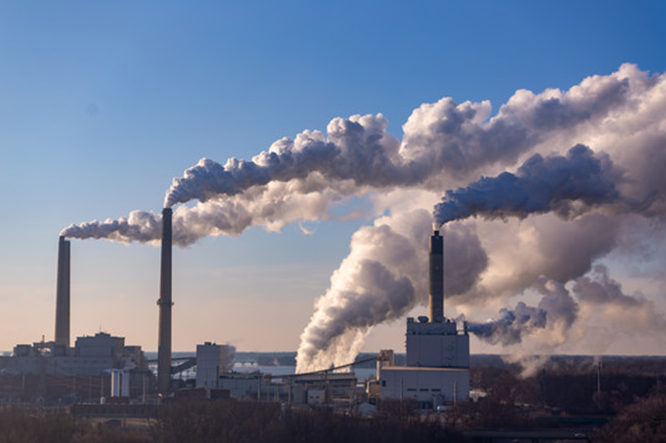 Deterring the use of fossil fuels—such as coal, fuel oil, petrol and diesel—is crucial to reducing the buildup of heat-trapping greenhouse gases in the atmosphere.

Carbon pricing provides across-the-board incentives to reduce energy use and shift to cleaner fuels and is an essential price signal for redirecting new investment to clean technologies.

A new paper from the International Monetary Fund (link) explains why, and lays out five key things to know about carbon pricing. Well, there's actually tons of reasons to implement carbon pricing, but the IMF classifies them under five broad headings.

1. Carbon pricing can be readily implemented

Carbon pricing, implemented through a tax on the carbon content of fossil fuels or on their carbon dioxide (CO2) emissions, is straightforward to administer as an extension of existing fuel taxes. Carbon taxes can provide certainty about future emissions prices, which makes a difference when it comes to mobilizing clean technology investment. Revenue from carbon taxes can be used to lower burdensome taxes on workers and businesses or to fund investment in climate technology.

Carbon pricing can also be implemented through emissions trading systems—firms must acquire allowances for each ton of greenhouse gases they emit, with the supply of such permits limited by government. Businesses can buy and sell allowances, thus establishing a price for emissions. Emissions trading programs can be designed to mimic the advantages of taxes through price-stabilizing mechanisms like price floors and revenue-raising measures such as permit auctions.

More than 60 carbon tax and emissions trading programs have been introduced at the regional, national, and subnational levels. In recent months major pricing initiatives have been launched in China and Germany, the emissions price in the European Union has risen above €50 a ton, and Canada announced its emissions price would rise to CAN$170 a ton by 2030.

Nonetheless, only about one-fifth of global emissions are covered by pricing programs, and the global average price is only $3 a ton. That’s a far cry from the global carbon price of about $75 a ton needed to reduce emissions enough to keep global warming below 2°C.

3. Carbon pricing should be part of a comprehensive mitigation strategy

This strategy should contain supporting measures to enhance its effectiveness and acceptability. The incentives generated by carbon pricing can be reinforced with regulations on emission rates or feebates, whose fees and rebates for products (for example, vehicles, appliances) or firms (for example, power generators, steel producers) depend on the intensity of their emissions. These reinforcing instruments have a narrower impact than carbon pricing—for example, they do not encourage people to drive less—but they may be an easier sell politically because they avoid a significant increase in energy prices.

Using carbon pricing revenues to boost the economy and counteract economic harm caused by higher fuel prices can build support for the strategy. Just transition measures are needed to assist low-income households and vulnerable workers and regions; for example, through stronger social safety nets and retraining. These measures would require only a minor portion of carbon pricing revenues.

Public investment is needed for the clean technology infrastructure networks the private sector may not provide, like electric vehicle charging stations and power grid extensions to accommodate renewable energy sources such as wind and solar.

And carbon pricing must eventually be extended to other sectors, like forestry and agriculture.

4. Carbon pricing must be coordinated internationally through a carbon price floor

Aggressively scaling up carbon pricing remains difficult when countries are acting unilaterally because they fear for their industrial competitiveness and are uncertain about specific policy actions in other countries. The IMF staff has therefore proposed an international carbon price floor to complement and reinforce the Paris Agreement, with two key components.

The price floor must, however, be based on pragmatic design. Developing economies could have lower price floors and simple mechanisms for financial and technological support. In addition, the price floor could be designed flexibly to accommodate countries where carbon pricing is a political hard sell, so long as other policies achieve the same emissions reductions.

An international carbon price floor can be strikingly effective. A 2030 price floor of $75 a ton for advanced economies, $50 for high-income emerging market economies such as China, and $25 for lower-income emerging markets such as India would keep warming below 2°C with just six participants (Canada, China, European Union, India, United Kingdom, United States) and other G20 countries meeting their Paris pledges.

5. A pragmatically designed price floor is more promising than other regimes

An alternative regime might require all participants to impose the same carbon price. This approach, however, does not allow questions of equity to be addressed through differentiated floors, and it does not accommodate countries where carbon pricing is difficult for domestic political or other reasons.

Another possibility is a regime in which participants agree on annual, and progressively tightening, emissions targets. This approach involves agreement on a larger number of parameters, however. And it is a zero-sum game: if one country pushes for a laxer target, others would need more stringent targets. It also leaves uncertainty about what policy actions each country would take.

Without an international carbon price floor or similar arrangement, countries will likely act on their own to impose tariffs on carbon-intensive imported goods—so-called border carbon adjustments. The European Union announced such a proposal in July 2021, and others are considering this approach. From the perspective of scaling up global mitigation, this regime would be far less effective than an international carbon price floor, however. This is because border carbon adjustments would price only emissions embodied in traded products and not the huge bulk of nontraded emissions (for example, from power generators, manufacturers selling domestically, buildings, and transportation).

Climate scientists: concept of net zero is a dangerous trap