Book review: Dead in the water 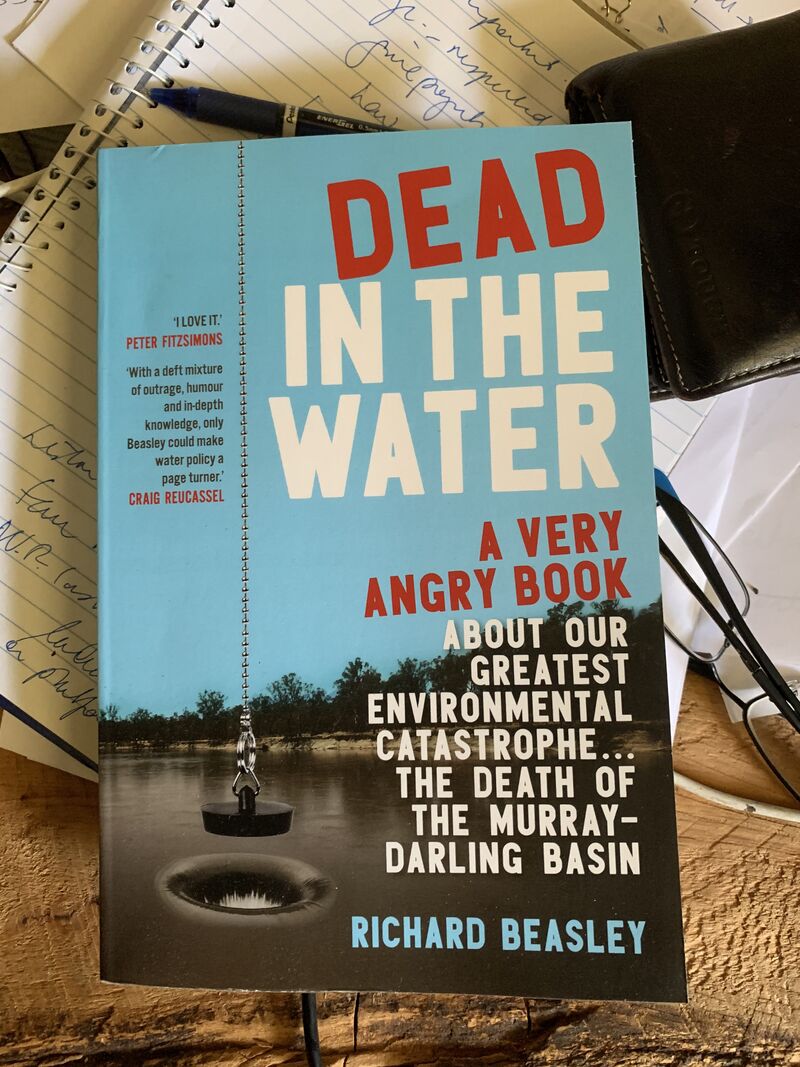 I finally got a chance to read this great book by Richard Beasley SC recently, about the failed water reforms in the Murray-Darling Basin. Its funny and frustrating in equal measure. I felt a bit awkward chuckling at the tragic issues covered!

I also read the book review of David Adamson and Adam Loch in AJARE https://lnkd.in/gZ5TnZ9 and agree that Richard missed the mark a little on the economics. But that miss would only have made Richard's arguments stronger, so its a marginal criticism. Let me explain.

First, my economist view of the Water Act is that it's a well thought out piece of legislation. Beautiful even! The Act aims to optimise the allocation of water to maximise social, economic and environmental outcomes, but subject to not taking any more water for irrigation purposes than what is ecologically sustainable (the ESLT).

Everyone seems to assume that the economics supports more water for irrigators, and therefore the only possible solution is the ESLT - so the optimisation problem becomes redundant. NOT TRUE - an optimal solution can be obtained if the socioeconomics supports MORE water for the environment (spoiler - it did)!

Second, the MDBA economics team compiled copious reports (https://lnkd.in/gPHZrBx) detailing how the costs of the water recovery were quite small and manageable and the benefits were large. Even most Basin communities were better off from the reforms. Furthermore, we highlighted that many irrigators and communities survived the millennium drought only because of cash from the Water for the Future program. Had we been asked to model higher levels of water returned to the environment, the answer would likely have been similar small economic impacts for amounts of water returned up to at least 5kGL. Also, we spent a lot of time on policy options which would further improve the social, economic and environmental outcomes - these policy options are still largely ignored.

Consequently, wouldn't the social, economic AND environmental outcomes be optimised by returning MORE water to the environment? The answer to that question should be an obvious and resounding YES.

So what the hell happened? Did we end up at a solution where we are actually worse-off socially, economically and environmentally? YES, thanks to the rent-seekers and malevolent forces in the irrigation lobby, aided and abetted by some prominent and powerfully placed politicians, and feeble efforts by most mainstream pollies.

Not satisfied with the $13b they managed to extract from Canberra, most of which was pure pork-barreling ($10b I reckon), the irrigator lobby also didn't want to give back the water which that $13b bought!

Anyway, this book is a highly recommended read for anyone with an interest in environment policy, how not to do economic reform, and the MDB water reforms!

Debt by design: The anatomy of a social policy fiasco – Or was it something worse?
Climate scientists: concept of net zero is a dangerous trap